"Wine is the song
of the earth
to the sky.

Valpolicella is one of the most famous wine in Verona area which extends over five parallel valleys, located in a north-south direction, between Lake Garda and the Lessini Mountains.

The first cultivations of vines in Valpolicella are dated back to the Paleo-venetian or Etruscan-Rhaetian civilization which was in living between the 7th and 5th centuries BC and which continued during the Roman domination. The first wine produced in the area was known as «retico», because it was produced in the hilly and mountainous area of ​​the Veronese-Roman province, called “Retia”. In the following centuries viticulture in Valpolicella grew a lot and in the nineteenth century the corvina was made official as a typical variety of the area. The definition of the area and the improvement of production and winemaking techniques in the following eighty years led in 1968 to the official approval of the first "Valpolicella" wine production specification with the recognition of the DOC.

Valpolicella is characterized by the use of native grape varieties of the area. Corvina is the most important in the blend of "Valpolicella" and gives structure and body. Rondinella, on the other hand, is particularly important for the contribution of color that it manages to ensure the wine average alcoholic, well structured with an interesting polyphenolic framework.

Young Valpolicella is a fine wine, ruby ​​red in color with a vinous scent, with tones of cherry and pink, with a fresh, dry or somewhat soft flavor, pleasantly tannic. 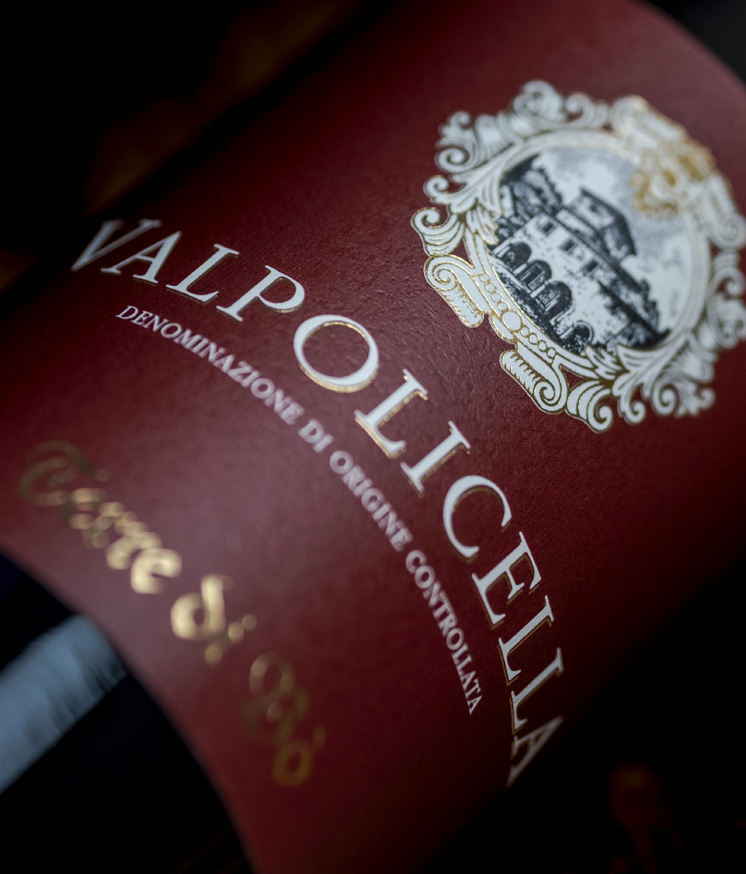 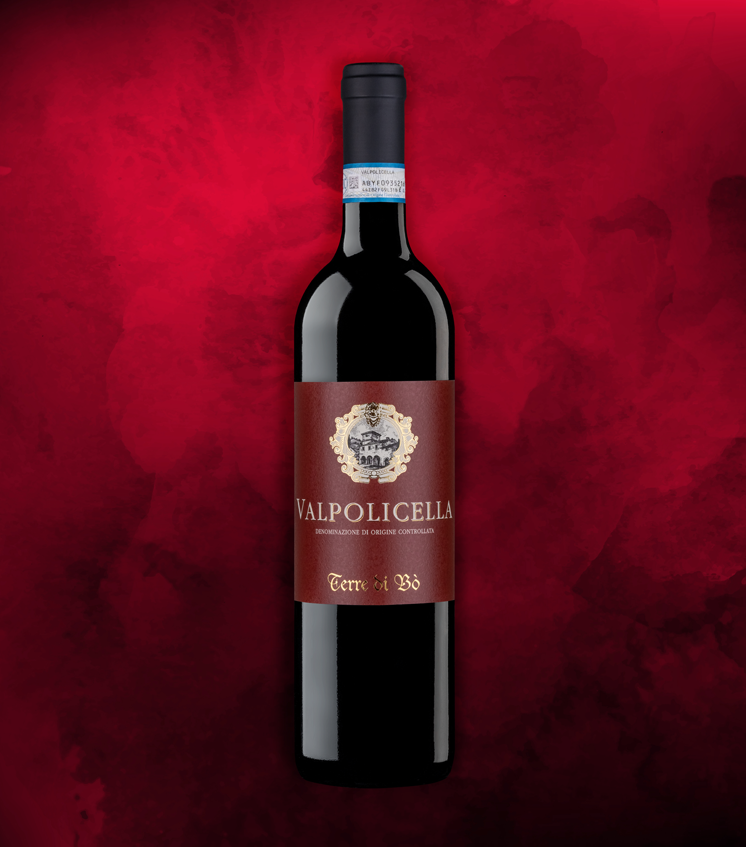 Terre di Bo Valpolicella doc is bottled in Valpantena area by a selected wine cooperative of vine growers. The quality have achieved excellent levels over the entire production cycle, where tradition and technological innovation blend together. 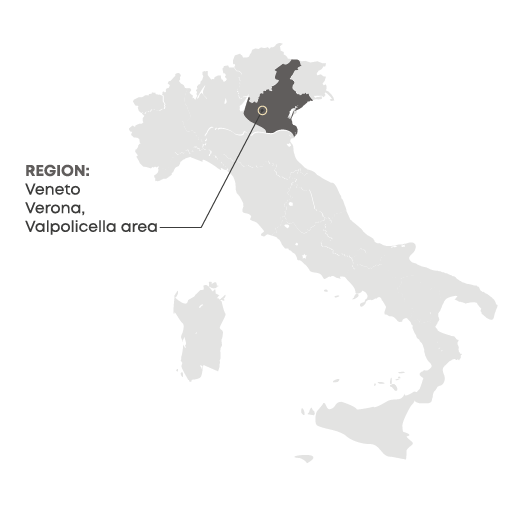