"Wine is constant proof
that God loves us
and loves to see us happy.

For several years, Brunello remained a prestigious wine, the province of just a few refined connoisseurs. Only in the second half of the 20th century finally the wine transition from an exquisite delicacy known by the elite to an international symbol of the finest Italian wine.The production area of Brunello di Montalcino is restricted only to the municipality of Montalcino, in the province of Siena. In 1960 Brunello di Montalcino was recognized the DOC, and obtained the DOCG in 1980. The small quantity produced made export difficult. Efforts to market Brunello took off in the ‘70s, but the global market was only reached after 1980.

Many awards attest the quality: in 1999, “Wine Spectator” listed Brunello among the 12 best wines of the 21st century. In 2006, Brunello was crowned the absolute best in a worldwide ranking. Brunello can be aged for a long time, improving with the correct aging from a minimum of 10 years to around 30 years, but it can be kept for even longer. 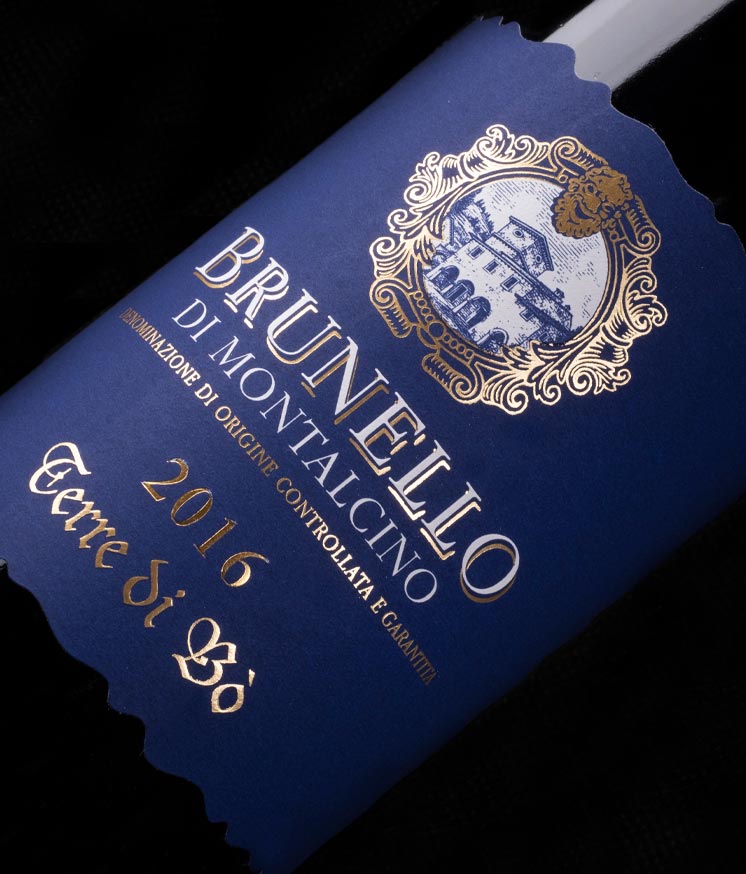 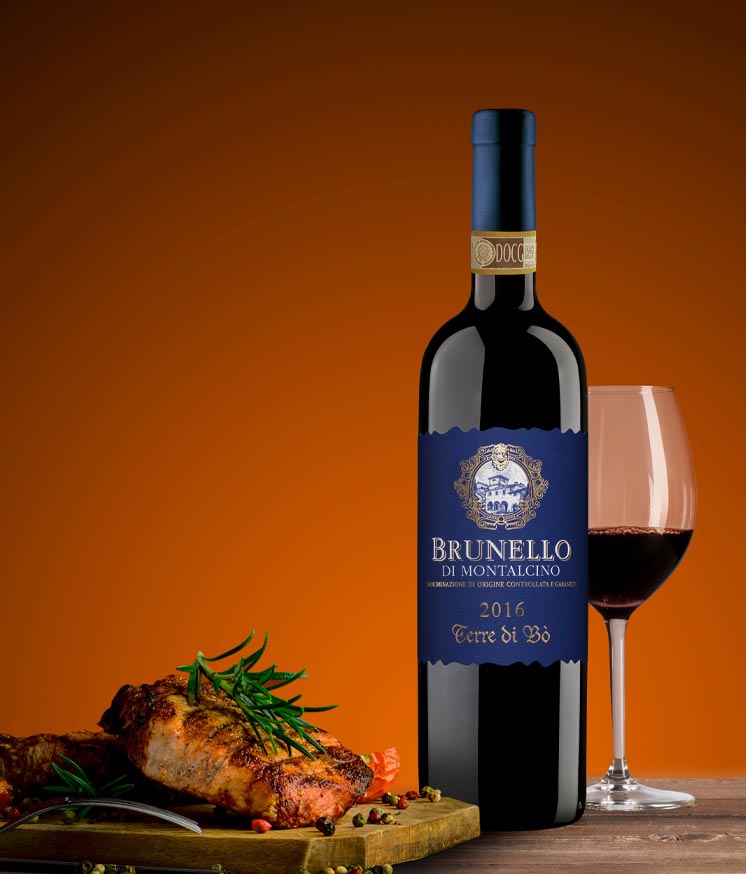 Is produced in the southern part of the territory of Montalcino between Sant’Angelo in Colle and Castelnuovo dell’Abate by an historical Estate preparing the wine under our brand. This land is considered the most suitable for the production of Brunello di Montalcino.

The vineyards are sheltered from the cold northern winds and benefit from the warm stream of air from the Maremma thanks to the nearby Monte Amiata favouring a mild microclimate. 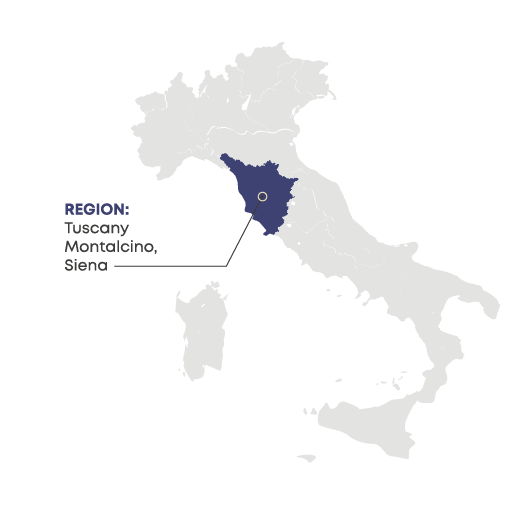